What we can learn from female unicorn founders (part 2)

In this article we take a deep dive into the learning of 3 of the most successful female founders. 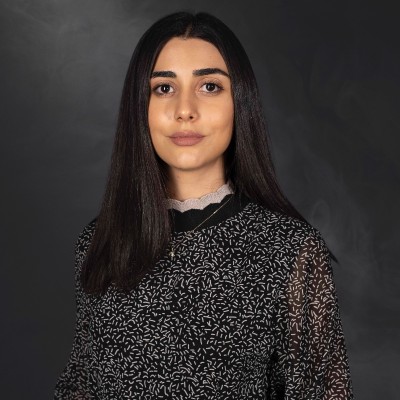 Divya Gokulnath is an Indian entrepreneur, co-founder and director of India’s largest ed-tech company Byju's which has over 80 million users. It has a $22billion valuation. She has been included in the 2020 Forbes Asia’s Power Businesswomen, 2020 Fortune India Most Powerful Women, and 2019 LinkedIn Top Voices lists. Divya and her husband Byju Raveendran with whom she co-founded the startup in 2011 have a combined net worth of $3.05B.

Chan Zuckerberg Initiative (CZI) backed by Facebook founder and CEO Mark Zuckerberg and his wife Priscilla Chan put in an undisclosed amount in Byju’s in 2016 and it was the organisation’s first Asian investment.

Divya’s love for education and her understanding of the tremendous value that it carries comes from her upbringing. Her father is a nephrologist and her mother was a programming executive with the broadcasting company Doordarshan. Both emphasised her all-round development. Divya often recalls her teaching her science in childhood. It was always a given that I will be independent and have a career. I knew I could be anything and would give my 100 per cent to whatever I did.

The most important lesson she has learned managing her startup is that there is no playbook for success. For any start-up it is important to take a call quickly. The time taken between decision and implementation must be minimal, else the idea becomes redundant. She credits Byju’s success to their ability to set ideas in motion as soon as a decision is taken. She also attributes her understanding of business fundamentals and building a company with a sharp focus on customers to her teaching stints at Byju’s during its formative years. Apart from being on the board, she has served many roles since the early days of the company,” Wu tells Fortune India in an email. From helping develop content, to teaching from morning to night during the initial launch of the learning app; from ideation and strategising, to launching different departments as the company scaled from 500 people to 5,000; to constantly working on improving upon the app.

Divya believes that with the right support system and distinct priorities set in place women can have it all. To be more inclusive, she advises the  companies to be cognizant of building inclusive teams from the very beginning. A force-fit is never a good fit. Look within your team for promotions and it is very important to call out women for their work.

She is also assured of the importance of women being financially independent: “It helps you stand on your feelings and be strong enough to come out and say this is what I want to do. It’s lovely to have a husband who will buy you a diamond ring but it‘s also a nice and very proud moment to be able to buy your own diamond ring.”

Miranda Qu is the president of the Shanghai-based social and e-commerce company Xiaohongshu, which translates as "Little Red Book.” Valued at $20billion, the company has over 200million monthly active users. Miranda has a net worth of $1.8billion. In May 2019, Qu was listed among the 100 Most Creative People in Business by Fast Company. In February 2018, she was named one of the 25 Rising Businesswomen of 2018 by Forbes China.

The idea for the app came to Miranda Qu and her co-founder in 2013, during their travel experiences abroad. Knowing that Chinese travelers love to shop when abroad, they identified a gap in the market for providing insights into what the best places shoppers can visit abroad are. This is how their lifestyle e-commerce Instagram-meets-Pinterest-meets-Amazon startup was created.

She believes that the sustainability of success depends on entrepreneurs' ability to find new growth curves, moving the focus from individual products to the company’s overarching strategy. According to Qu, a good leader should have an open mind, be able to appreciate science and art, and be able to balance rationality with sensitivity. Among the other characteristics of a good leader are an enquiring mind and a thorough understanding of global macro-trends, trends in technology, business and human nature.

The most important factor that helped her develop Xiaohongshu is strategy. She often cites this line from her favourite book The Art of War by Sun Tzu: “attacking the enemy’s strategy is the best choice”. The second most important thing is organisation. Designing the right structure and mechanisms and attracting the best minds are key to an organisation’s vitality and strength, especially now, in the growing environment of uncertainty.

In his book “Principles”, Ray Dalio argued that Pain + Reflection = Progress. This inspired me to come up with a version of this formula for entrepreneurship: Mistakes + Reflection = Iteration. Every company has its ups and downs. Resilience is a quality that all founders and organisations need to have. “I believe that every company goes through tough times. When it has the wind behind it, any company can thrive. But when there is no wind, or there are headwinds, is the leader still able to steer the company in the right direction, at the right pace?”

Her advice for the next generation of leaders is constant iteration. I myself have benefited greatly from constant iteration. But iteration is a tough process. Real iteration only comes with a certain level of pain. A short, sharp shock might deliver valuable lessons, but true iteration involves deeper pain. But if you are doing what you love and believe in, the pain is worth it.

Lucy Guo, aged 27, is the co-founder of an AI labelling startup Scale AI valued at $7.03billion. She is also now a general partner of Backend Capital, an early stage fund focused on backing brilliant engineers. Lucy Guo was named in 2017 Forbes 30 Under 30 for co-founding Scale with Alexandr Wang.

Lucy Guo learned to program in second grade and has been creating websites since sixth grade. Growing up in Silicon Valley, she was heavily influenced by the tech industry and started building websites, apps and games throughout school. By the end of High School, she had even earned 5 digit figure revenues off the internet by marketing businesses and ads.

She dropped out her senior year at Carnegie Mellon University upon winning a 2014 Thiel Fellowship, which awards twenty people under twenty-two years old a $100,000 scholarship and mentorship to build a business.  She interned with Facebook, worked as a product designer at Quora and Snapchat.  She enjoyed working in smaller companies because having a lot of ownership in a fast-growing company was important to her as well as the people she would work with and the culture. During Lucy’s stint at Quora she met Alexandr Wang with whom she teamed up to form Scale, one of the startups that launched at Y Combinator S 16.

These women are among hundreds of successful female unicorn founders. So make sure to keep an eye on our blog for stories of more inspirational journeys of female founders.